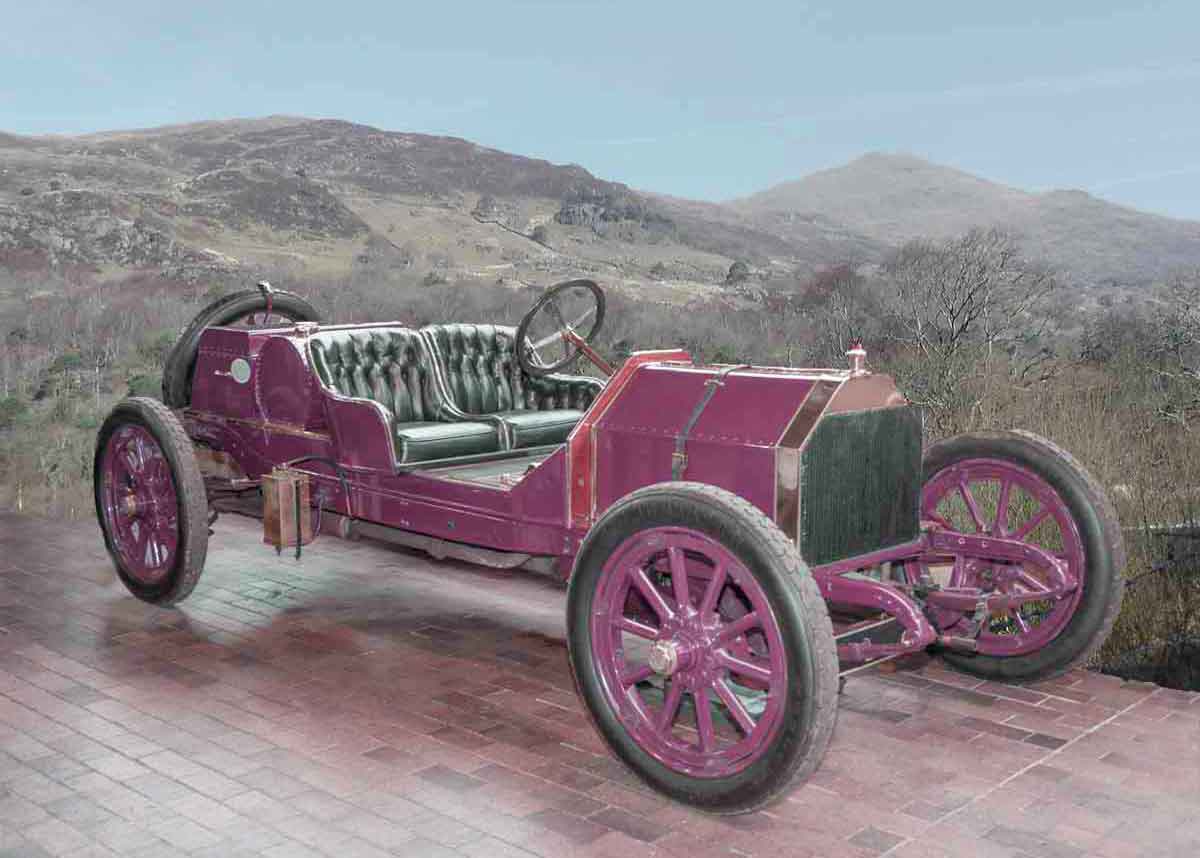 Back in the early days of car manufacture, naming a car could be a complex business! With many different small manufacturers, each making relatively small numbers of cars, it could get a little confusing to decide just how powerful each one was and so it was common for them to be named after the taxation class, in horsepower, that they belong to.

This was worked out by a complex formula involving the sizes of the pistons and the size and shape of the bore; and it very roughly coincided with the actual power of the engine; in other words a 10 horsepower taxation rate meant that the car could produce the same power as 10 horses.

This calculation worked okay in the early days of motoring but as engineering advances came along the true power output outstripped the calculated one dramatically, and by the end of the 20th century it could be 10 times as high. However when the Tipo 55 came out in 1910 the engine was calculated to have the power of 20 horses.

To make naming the cars a little more complex; Lancia had got into the habit of naming models after letters of the Greek alphabet. By the time the Tipo 55 came along they were up to gamma; and so the car was commonly known as the Gamma 20HP as well.

To make things even more complex; the Tipo 55 came out with both standard and short wheelbases; and even these could be tailor-made if the client required it, which is why these cars came in such a bewildering array of shapes and sizes. If you fancied a saloon car you picked the standard wheelbase; and if you wanted a racing car you picked the short wheelbase, and this was named the Corsa. This was an open two or three seater and was quite successful in racing, a subject which was very close to Vincenzo Lancia's heart.

The engine was a 3.5 litre side valve unit which could power the car up to almost 70 mph; and there was also the option of a more powerful 4.7 litre engine which made it a successful racer in the United States as well as Italy. The Vanderbilt family in the United States were enthusiastic supporters of Lancia and eventually donated one of their Corsas to a local fire chief who used it as an instant response vehicle.

Lancia were very much in competition with Fiat in those days; both companies were based in Turin so rivalry could be quite fierce. It didn't help that Lancia modelled it's cars on the latest Fiats but made them just that little bit better quality so as to appeal to a more well-heeled clientele.

Neither Fiat nor Lancia were exactly building cars in bulk, however, in those days; a total of 258 Tipo 55s (or Gamma 20HPs, if you prefer that name) were built; which was an improvement on it's predecessor, of which 150 were made.