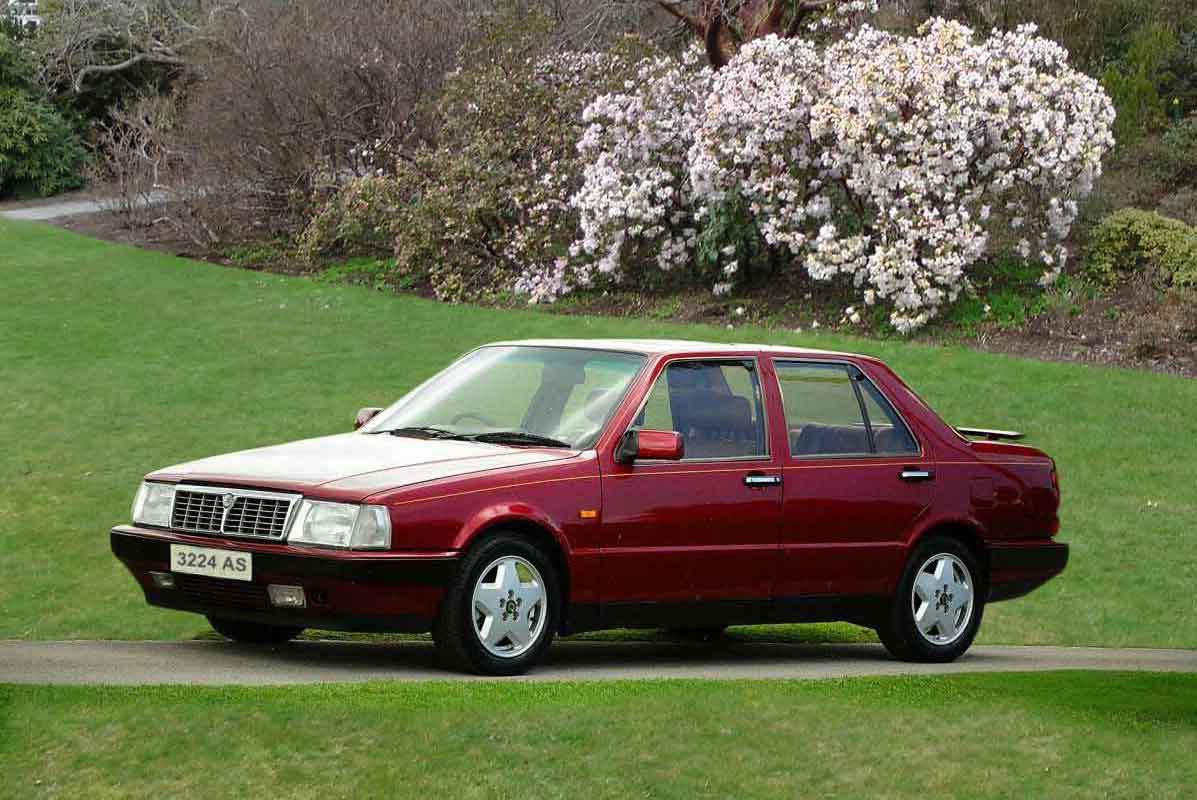 It can be a sad moment when individualistic car manufacturers are taken over by larger companies. By the end of 1969 Ferrari and Lancia were owned by the Fiat consortium; Alfa Romeo followed in 1986. There is no getting away from the fact however that designing and building a car can be a very expensive process. One advantage of amalgamations is that certain costs can be shared across various platforms, as well as important items such as engines and chassis. The Lancia Thema 8.32 was just one car to benefit from this.

The original Thema was launched in 1984. It was a luxurious saloon which shared a common chassis with the Fiat Croma, Alfa Romeo 164 and also the Saab 9000; Saab had shared in the development of this front wheel drive platform. There was a choice of engines, ranging from 2 litre to 3 litre, normally aspirated or turbocharged, four or six cylinder, all of which gave pretty decent performance but in 1987 a new engine was squeezed into the compartment; the 3 litre Tipo F105L Ferrari V8. Instantly performance went from very good to stunning! With 212 BHP on tap this executive saloon could reach 149 mph with 0-60 in about 6.8 seconds.

Putting this eight cylinder 32 valve powerplant (hence the 8.32 name) was not a simple matter. It was mounted transversely; the first time ever in a front wheel drive production car; and to cope with the extra power the chassis, suspension and braking system all had to be upgraded.

Externally however this was very much a wolf in sheep's clothing. Apart from a slightly different grill, twin exhaust stubs and '8.32' badges there was little else to differentiate this musclecar from a normal Thema; until either the driver press the accelerator and gave off that wonderful Ferrari roar, or pushed the button to raise the rear spoiler, which helped to keep the car on the ground, and which normally disappeared into the boot lid.

Altogether nearly 4000 Thema 8.32s were built before production ended in 1992. The Ferrari engine was a major selling point; all of them, sadly, in left-hand drive format. Otherwise I'd have been tempted to buy (or rather dream about buying) one myself.