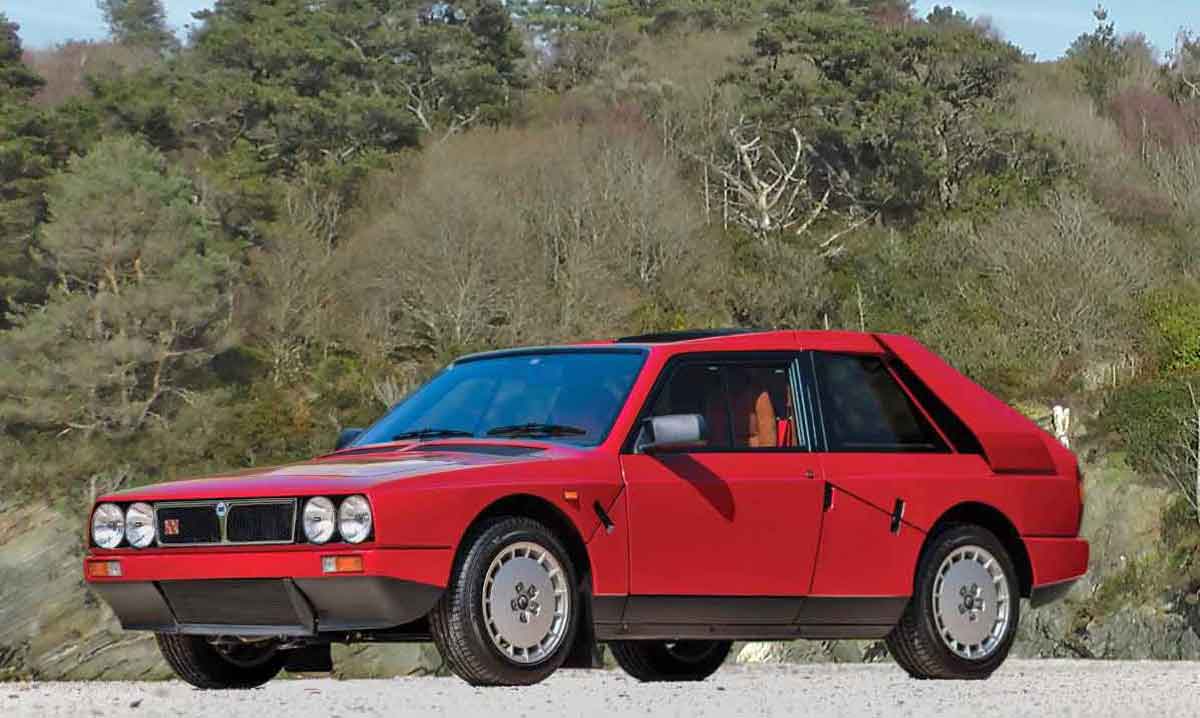 With the Delta S4 Lancia went right back to it's roots - this was an ultra-innovative rally car, designed solely to win races!

It was built to compete in group B; this was a group in which almost anything went and there were few restrictions on what the car manufacturer could do. Ultralightweight materials were allowed, supercharging and turbocharging were encouraged, and the power output of engines soared as the cars themselves got lighter and lighter. There was still the stipulation that a certain number of cars were to be produced for sale to the general public as well as for racing but this was lowered to 200 rather than the normal 500.

The result was extremely fast cars with insufficient safety features and subsequently a stack of accidents, several of which were fatal.

The powerplant in the S4 was an 1800 cc four-cylinder engine that was both turbocharged and supercharged! The supercharger operated at lower speeds and then the turbo kicked in when the revs got high enough. The result was absolutely phenomenal acceleration. Official factory figures give the nought to 60 time as being a shade over three seconds; several drivers who have tinkered with the engines have claimed the figure was closer to just two seconds. Official power output was 394 brake horsepower giving a top speed of 153 mph but in reality it was probably more than that. Rumour has it that a specially race prepared S4 achieved in excess of 800 brake horsepower.

Hardly surprisingly this was one very successful rally car. The first race it was entered for was the 1985 RAC rally when it came in first driven by the finish racing driver Henri Tolvonen - of whom more later. It then took first place in the Rally Argentina, the 1986 Monte Carlo Rally, The Olympus Rally And the European Rally Championship.

200 road models, commonly called 'Stradales' were indeed produced; these were virtually identical to the rally cars only the engines were de-tuned to produce a mere 250 brake horsepower. This was claimed to reduce the top speed to a mere 140 mph with nought to 60 at a leisurely six seconds. Quite fast enough most people I would think. Sadly, in 1986 at the Tour de Corse an S4 driven by Henri Tolvonen plunged off the road and into a ravine; both Tolvonen and his codriver,Sergio Cresto, were killed. The FIA (Fédération Internationale de l'Automobile) decided that this class was simply getting out of hand and they banned it completely. The Delta S4 project ended soon afterwards.

The Delta S4 never won a world title; many believed that but for the various tragedies that occurred in Group B racing it would have inevitably done so eventually. Every now and again a Stradale comes up for sale at auction but prices are eye watering.