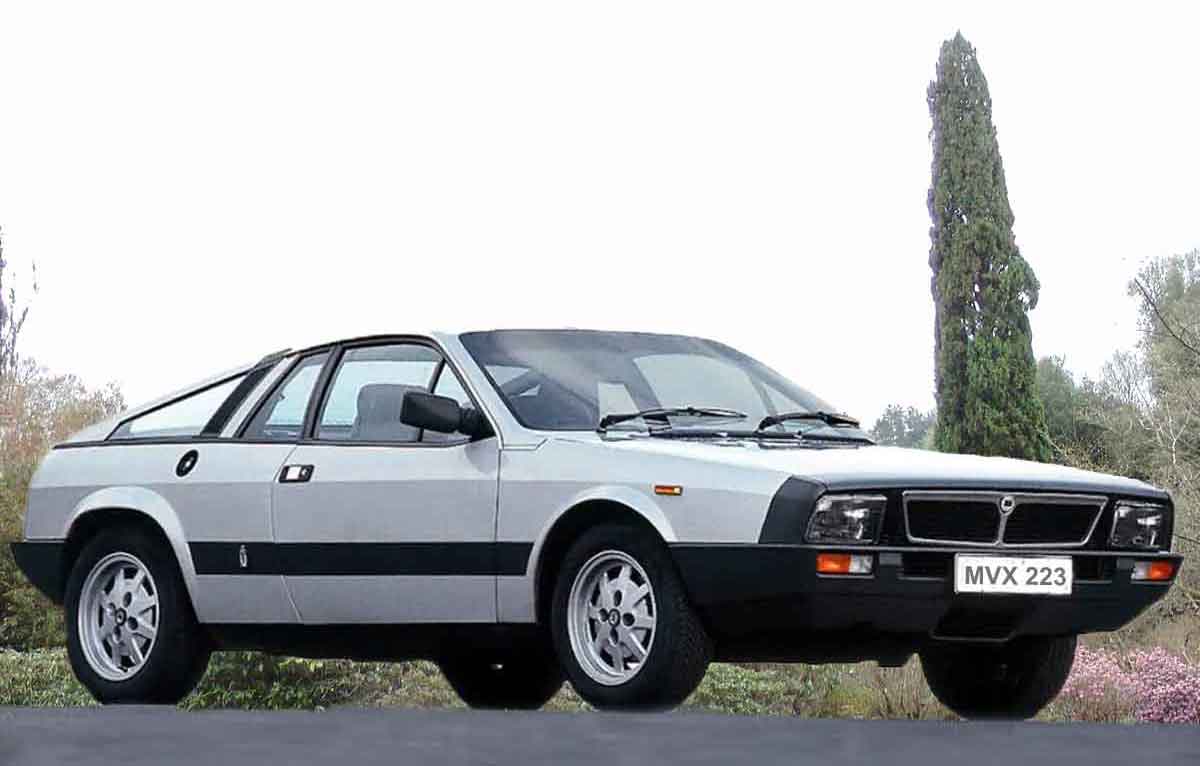 The Lancia Beta Montecarlo was really a bit of a dog.

Traditionally Lancia had been unafraid of innovation and had produced many cars which were ahead of their times. They had been at the forefront of rallying. With Fiat now in charge they now to a big step backwards with the 1975 Beta Montecarlo.

To look at the Montecarlo you would think that it was a supercar but in reality, under its attractive skin, it was far humbler than that. It had been launched as a larger brother to the Fiat X-19 sports car, but whereas that was a perky performer the performance of the Monte Carlo was decidedly average. And have you ever heard of a supercar with vinyl upholstery?

The power plant was designed by an ex-Ferrari engineer called Aurelia Lampredi; it was a twin cam two litre straight four-cylinder engine generating 120 brake horsepower with nought to 60 mph in nine seconds; not bad on the face of it. The engine was placed just in front of the rear wheels which helped to keep the car in balance and with radial tyres, a wide wheel base, alloy wheels and a sporty suspension system steering and roadholding were quite acceptable. The style of the car was aggressive; it looked as though it was fast and could handle well.

However engine noise was considered excessive; the braking system was badly designed with a tendency to lock, particularly in the wet; and in order to comply with American emission regulations a smaller 1756 cc engine had to be fitted producing a derisory 80 brake horsepower. Performance was sluggish to say the least. Worst of all was the tendency for all Lancias of that period to rust. Fiat had bought a lot of cheap Russian steel which rusted as soon as it was exposed to damp; and manufacturing methods which sometimes meant unfinished cars sitting out in the rain didn't help either. To put it bluntly this car developed a reputation for being a rust bucket. As a result there are very few Montecarlos that still survive today; not that many people would want to collect them anyway.

Production was stopped in 1981, by which time a miserly 7800 or so had been sold worldwide.

The Lancia Beta was a poor car. As a company Lancia had always been looked upon as being a minor player but an innovative one; after the Beta it's reputation was badly besmirched. If Vincenzo Lancia had still been alive he would have wept.